By the time Publish button is pushed to share these thoughts with the world, who knows what new development will have taken place within the Trump Administration. 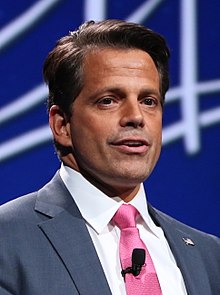 So, I’ll be brief and get tot he focal point of this post: Communications advice for recently named White House communications director Anthony Scaramucci.

Last week, Mr. Scaramucci burst on the national scene in what then was the latest shake up within the current executive branch.

A Wall Street guy, Mr. Scaramucci (to my understanding) does not have any formal communications experience.

So in an effort to usher in a less caustic national conversation, here’s some advice and best practices for Mr. Scaramucci to consider:

Mr. Scaramucci, should you read this and want to discuss further, please reach out; I promise to respond promptly.

And, I ask nothing in return, except that you perform your duties effectively and honestly.

I trust the American people would ask the same.

This site uses Akismet to reduce spam. Learn how your comment data is processed.