The intention was simple: Visit the local forest preserves to take in the remaining days when the trees around metropolitan Chicago still had color before being stripped bare by the passing of another season.

This path led me to a quiet place within nature. What path is America on right now?

Periodic light rain and the predominant overcast cloud cover would not prevent me from spending an enjoyable 60 or so minutes surrounded by nature and silence.

And, I did take in quiet time away from the our home in the Avondale neighborhood, as evidenced by the image at left.  But while I intended to just reflect and ponder nothing during my walk, my thoughts kept returning to the unsettling state our nation is in right now.

Yes, of course, I was stunned and distraught by the alleged actions of the Florida man now charged with sending pipe bombs to elected officials, including two past Presidents; and, I was emotionally deflated and enraged after learning yesterday that 11 people in Pittsburgh were fatally shot while practicing their faith at a synagogue.

The first scenario reportedly was motivated by political beliefs. The second has its foundation based in hatred.

But what also triggered my emotions beyond the pipe bomb scare and mass murder was something much less horrifying, yet certainly disturbing to me. It took place in a small community in southern Illinois.

At a rally yesterday led by President Donald Trump, some in the crowd in the community of Murphysboro chanted, “Lock her up,” echoing the chant often heard during the 2018 presidential election.

Think about this: A purported madman uses the U.S. mail to send explosive devices to elected officials and another man is now being held on charges of murdering fellow Americans in a house of worship.  However, those at the rally could not put aside their political differences for an evening; they were swept up by the moment, actions to me that dishonored the law enforcement officials who captured the bombing suspect, shot and later arrested the shooter, and most of all, the worshipers killed in Pittsburgh.

Shouldn’t Americans be better than this? Shouldn’t the people of America put their political beliefs aside following the two national news stories just mentioned?

Perhaps, I need to continue walking this fall in order to find an answer. Next week, I plan to follow a longer path.

Developments from the horrific events that took place last week in what reportedly was a quiet, historic college town continue to unfold at a dizzying pace. 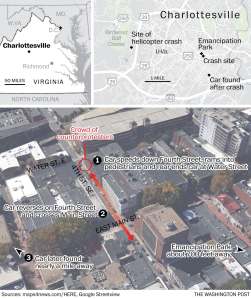 So, I won’t go into any details or analysis, because the information monster created by digital technology assuredly will mean occurrences — whether reported by a traditional news source, and alternative news source or through a social media platform — will have changed by the time I finish this post.

But if you’re unfamiliar with what took place — the deadly violence in Charlottesville, Virginia August 11 during a clash between two diametrically opposed forces — please visit this page to get up to date.  The source is the New York Times, a media source I wholeheartedly trust, and am not ashamed or reluctant to believe in.

Everyone in America is losing while we continue this highly toxic way of using our Constitutional right to assemble peacefully.

However, there are “winners” of sorts.

Superficially, the sign printers, the torch manufacturers and the florists will continue to gain business if those on the far right and those on the far left clash and leave bodies in their wake. There will always be a need for props, and there always will be memorials if someone is killed.

But realistically, the real winners are the sick individuals with myopic perspectives on what is “right” and what is “wrong,” those cowards who will never waver or even try to understand another perspective.

They will win as long as the rest of us allow them to.

A poignant and compelling commentary read in today’s print issue of the Chicago Tribune inspired this Independence Day 2017 post.

The opinion piece by Chicago attorney William Choslovsky ran under the headline, “We the people have a democracy to celebrate.”

Take a moment to read the thoughts from Mr. Choslovsky.

Okay back to my thoughts on this day, our nation’s 241st birthday. 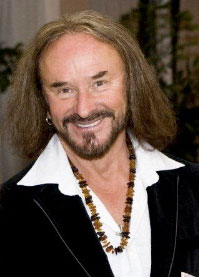 Image of Stan Borys, a true freedom fighter, courtesy of his website.

Mr. Cholovsky notes how he gained a newfound perspective on America and the democracy the Founding Fathers created during a trip to the Middle East. There, a shopkeeper noted that in many nations, even those thought to be “democracies,” freedom — as guaranteed by our Constitution — really does not exist.

That thought brought back memories of my old friend Stan Borys, a Polish-born musician and actor I knew way back in the 1980s and 1990s when he lived in Chicago.

As a freelance writer for the Illinois Entertainer and other local periodicals, I got to interview some fascinating (and some not-so-fascinating) musicians for feature articles and profiles. Stan was one the most memorable and engaging.

During one conversation, I recall Stan noting that — and I paraphrase — “American musicians sing about not having freedom. I know what it’s like to not have freedom.”

What he was referring to, of course, was having lived in the Poland of the Cold War era, the years before the Solidarity trade union (or Solidarnosc in the Polish language) set the wheels in motion to break free from the Soviet bloc.

Stan made his thoughts about living under a Communist government known in his music, which as noted in this online report, often got him into trouble.

(Another recollection: Stan said he played Ray Charles music over the camp audio network one morning while completing required service in the military; yes, that got him into trouble.)

Like the shopkeeper remembered by Mr. Choslovsky, Stan’s comment about freedom will make me cherish the freedoms we enjoy as citizens of the United States of America — especially on this day.

Given the mammoth challenges we the people face in the years ahead, it’s our right to freedom that will ensure the nation can celebrate its 242nd birthday.

By Edward M. Bury, APR, aka The PRDude

Sometimes we Americans forget just how fortunate it is to live in the U.S.A.  This is especially true when compared to just about anyplace else in the world.  Well, maybe it’s cool to live in Canada because they have less crime, some kind of “universal” healthcare and only 40 million people; but, the majority of Canadians live near the U.S. border anyway.

Read newspaper headlines — or, okay view them on your handheld — and it’s clear to me that life here is pretty good, even with still too high unemployment, governments (including the one in Washington) teetering on bankruptcy, a deflated housing market and gas prices steadily climbing upwards of $4 per gallon.  Rest assured, people living in other places — even those with cheap gas — are having a pretty rough time.

Regimes led by madmen (not you, Don Draper) in many parts of the world just make it tough or even impossible to enjoy some of the simple things in life on a Sunday afternoon.

I can speak from recent experience.  A few hours ago, my Mom and I enjoyed a wonderful lunch and conversation at her favorite casual lunch spot: That all-American icon with the global name, the International House of Pancakes.

Her IHOP we frequent is located not far from the senior retirement community where she lives.  Its part of  a pretty good-sized mall that shares space with mostly national restaurants and other retailers you’ve heard about and probably patronized.  The restaurant is managed by two men of Indian or Pakistani heritage who seemingly are perpetually moving to get people seated and orders coming from the kitchen.  A young Hispanic woman is the hostess.  This time, a cheerful, smiling man named Manuel waited on our table; but during past visits we were served by a man with a European accent and a lady who more than likely moved here from the South.

The restaurant was comfortably crowded today — a hodgepodge of families, boisterous but orderly teenagers, elderly couples through with church and us: A middle-aged guy from Chicago visiting his 87-year-old mother who now lives in the suburbs.

I witnessed people from every age group and just about every ethnic background enjoying good, simple stuff on a day we can do stuff like this without worrying about roadside bombs, government thugs bashing in the door or “peaceful” riots.  For the record: My cheese and potato soup and half pot roast sandwich was satisfying and delicious, and a steal at $6.99.

Yes, there’s a lot a things that need to be fixed about America.  That the subject (or subjects) for another post.  Actually, many, many posts.  But true, effective public relations focuses on addressing the threat or the opportunity.  Perhaps things would get better if those of us who deliver communications and shape messages focused more on some of the good in this country.  A simplistic concept, I know. Maybe that’s what’s needed.

I’ll start with praising lunch this Sunday with my Mom at IHOP.