Even casual fans of NFL football probably know that star quarterback Tom Brady of the New England Patriots has completed a lot of passes during his illustrious career. But if you watched Brady and his coach, Bill Belichick, during separate media interviews Thursday, they collectively threw a lot of passes but only landed one completion.

Okay, enough with the football metaphors.  Here’s what I’m trying to communicate. 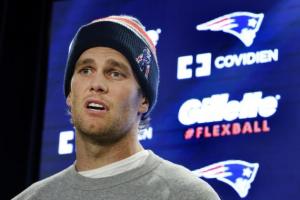 Nice cap, Tom. And, you look pretty cool with the four days of growth. But your flippant remarks were disingenuous and unconvincing.

Brady and Belichick — nice ring to it, and I don’t mean Super Bowl — appeared before reporters to respond to charges that someone within the Patriots organization purposefully deflated 11 of 12 footballs used during the January 18 AFM championship win against the Indianapolis Colts.  The prevailing theory: Slightly deflated balls are easier for Brady (or any quarterback) to toss to receivers; and by the way, it’s a violation of NFL rules.

Call it cheating for good measure.

The media has dubbed this crisis “deflategate,” which also has a nice ring to it. And to respond, the Patriots marched out Brady and Belichick to field questions from reporters regarding how these balls got deflated. 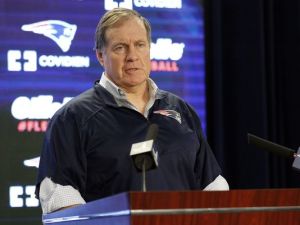 Coach Belichick claimed he had no knowledge of how 11 footballs got under inflated.:”And, if you don’t believe me, you can kiss my (fill in the blank.)

That’s the only instance so far when the Patriots did something correct in managing this crisis: They brought out top-level representatives to field questions and provide answers.  But they dropped the ball (sorry, couldn’t resist) regarding two other aspects of managing a crisis:

1. Get Your Message Out Soon. The Patriots organization waited too long to address the issue. I found this statement from the CEO and Chairman on the team’s website. It was posted this evening.

2. Provide an Explanation. Brady and Belichick denied any knowledge of how the footballs were less that regulation in terms of air and offered no direction or next steps to rectify the problem.

From the video clips I watched of Brady and Belichick, both were totally unconvincing, with the coach appearing defiant.

I’m sure the Patriots have a qualified public relations staff that offered quarterback and coach direction on how to help address this crisis. That’s what I hope.

But in the win-at-all costs era of professional sports, I think teams will overlook cases of “bad PR” — even if it involves breaking the rules to get an advantage — in order to hoist the championship trophy.